New Yorkers Beating Down The Door To . . . 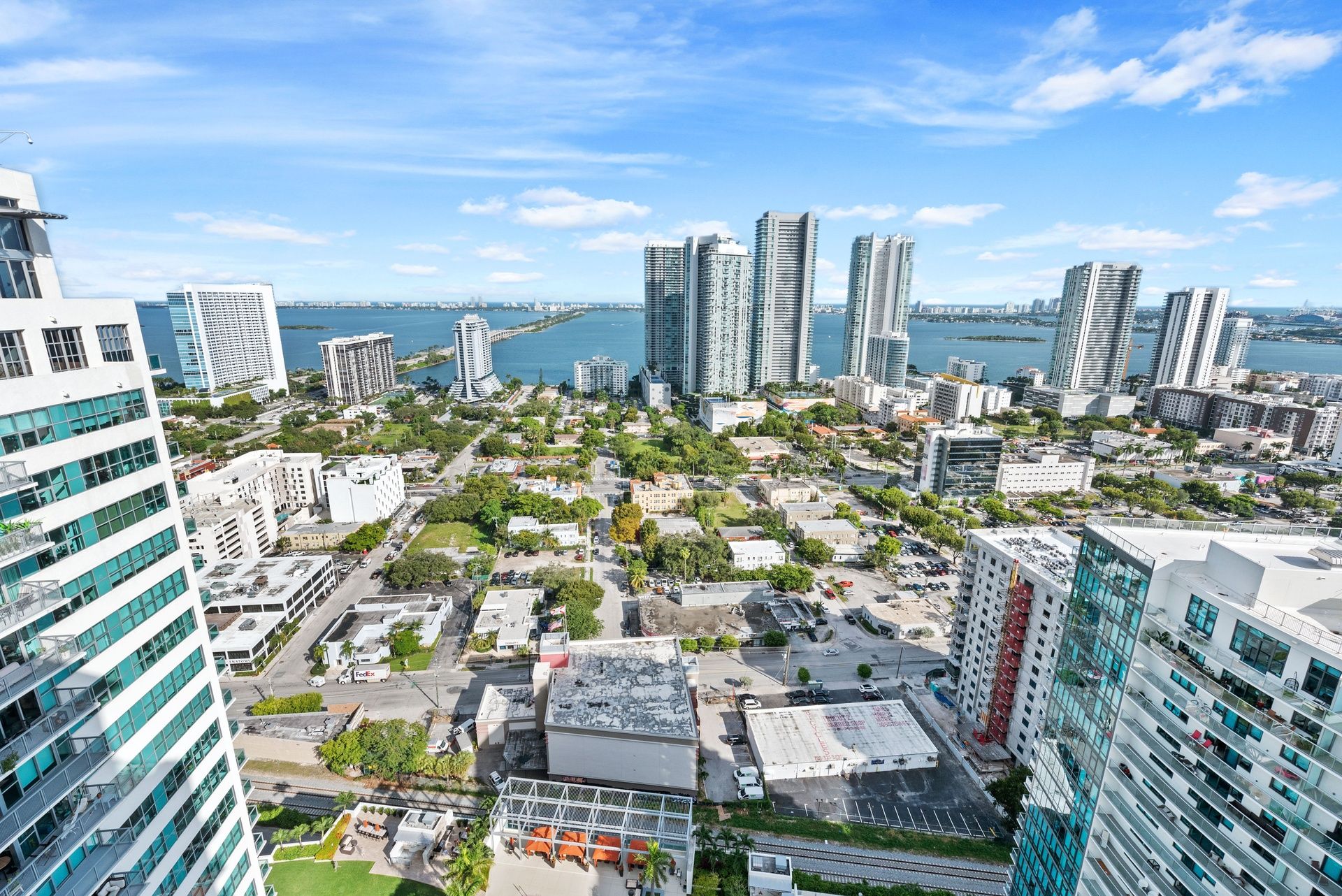 — as reported by the Miami Herald Business News —

“The city has grown up … everyone knows our brand now,” he said. “It’s a place where you can build a life for yourself.”

The DDA’s numbers tell the story. The number of SEC-registered investment advisors in downtown Miami has nearly doubled since 2014, from 42 to 82.

Data from jobs site LinkedIn.com confirm the trend. For every 10,000 LinkedIn members in Miami and Fort Lauderdale in July 2019, more than five moved to Miami from New York City.

And information from United Van Lines shows movers from parts north, including New Jersey, Connecticut and Illinois, were all up 2017 to 2018. Total moves from New York fell during that period, from 692 to 659. But among Empire Staters moving to the Sunshine State, more than 40 percent now have incomes of $150,000 or above. That’s up from 31 percent in 2015.

Longtime South Florida developer Armando Codina anticipated what the change in tax deductions would do — and he sensed an opportunity. As the well of South American buyers began to dry up for his Doral properties, he says, here was a new group of not just investors, but potential residents, who he could recruit to come to live in the Miami suburb.

So he created a campaign, Unhappy New Yorkers, to entice that very group to come down. The accompanying website, www.unhappynewyorkers.com, has received more than 22,000 visitors since going live earlier this year. Codina says he has two more planned in January:

“These are places that are either going to have to tax more, or reduce spending,” he says of those states’ fiscal problems. “You can’t put that back in the bottle.”

Among recent residents is Barry Sternlicht, who quietly moved his Starwood Capital Management hedge fund from Greenwich, Conn., to Miami Beach in 2018. His move coincided with enactment of the Tax Cuts And Jobs Act, which limited itemized deductions on state, local, and property taxes to $10,000 — a big hit for New York area residents, where salaries, home prices and the mortgages that go with them can stretch into the millions.

It is not clear how long in advance Sternlicht’s move was planned. He declined to comment through a spokesman.

The branch is used whenever Tepper and his employees are in town. Tepper has declined to comment.

And then there’s President Donald Trump, a life-long New Yorker, who declared last month he was

The taxes are “like this bag of bricks they’ve been carrying around with them,” said Anthony DeYurre, partner at Miami-based law firm Bilzin Sumberg. “All of a sudden they say to themselves, I don’t need to do this anymore.”

Permanently changing a residence can be complex, especially for high earners. The old axiom of six-months-and-a-day is no longer enough, according to attorney Mark Klein, chairman of New York-based firm Hodgson Russ LLP, as auditors from up North now scrutinize oft-overlooked details in their residency investigations.

Klein gives the example of a client who spent 150 days of the year in New York. That’s less than the 184 days that would establish residency. Problem was, the client only spent 90 of those days in Florida, and the rest of the time traveling. Response from an auditor: You’re still a New Yorker.

Today, Klein says, auditors use a “near and dear” test. Attorney Barry Horowitz, partner at New York-based law firm Withum, often advises clients to ensure their kids’ photos are on the refrigerator of their Florida residence. Pets, too, need to be in the Sunshine State, he says.

The total cost of relocating can add up to as much as $500,000. But the savings end up being enormous.

“You make it up even independent of tax savings,” De Yurre said. “You make it up on what they’re buying here — there’s just no way it’s going to be as expensive as it is in New York.

Perhaps there is no greater indicator of the flood of New Yorkers into Miami than the arrival of The Corcoran Group, among the top luxury realty firms in the U.S. Previously located in Palm Beach, the Group opened offices in Miami-Dade with 30 agents.

“That shows you the amount of leads and businesses we’re getting from New York,” Zanardi said.

“So it made sense to do a little expansion.”

“There are not as many South Americans, because of what’s going on down there, and the U.S. dollar has also strengthened,” he said. “We’re still getting some Europeans, but it’s New York, Boston, Chicago. You’re still seeing the tax “entrepreneurs,” but it’s not only to avoid income taxes.

In the past, Johnston said, Palm Beach would have been the preferred destination; Miami simply wasn’t ready.

For years, wealthy Miamians have clustered in a few high-profile communities. Among the lowest profile,

but highest-wattage, was North Bay Road in Miami Beach, home to the likes of Jennifer Lopez and Matt Damon.

That’s not the only Miami Beach boomlet: Locals say South of Fifth on Miami Beach is also attracting a coterie that includes Clifford Asness, founder of hedge fund AQR Capital Management, and tech entrepreneur John D. Marshall. Marshall has seen enough of his cohort move in that he is building a school, according to his attorney, Michael Larkin.

“He’s emblematic of a lot of South of Fifth residents,” Larkin said of Marshall. “It’s wealthy folks who have moved down all other parts in the north. It’s our little Aspen here.“

Conveniently investor Jordan Levy, the Softbank executive, purchased South Pointe Tavern earlier this decade. He now holds court at what he refers to as his “office” there.

Real estate agent and lawyers say a relatively younger crowd, though one with plenty of disposable means, is now being drawn to the Miami area’s lifestyle amenities, ones not found in the Palm Beach area.

As Wendy Holman put it: “[We moved here] because it’s awesome,” she said. Holman, her husband and four young children made the move to Coconut Grove so she could run an orphan drug investment firm. She said her company is beginning to hire locally.

Miami was always an equally viable contender, he said — and here, they immediately found a community of like-minded individuals. Literally: D and Julie are the co-founders of Meditation.Live, which uses a Peloton-like business model of remotely connecting individuals practicing meditation or mindfulness with a highly qualified coach or instructor.

Through his affiliation with Sharma’s previous business, Jordan Levy, a semi-retired executive with Softbank, helped convince the tech conglomerate to invest $3 million.

D says the other factor that caused them to stay was Miami’s unique talent pool, one he says is not hindered by the frequent demand among engineers in Silicon Valley for equity in the company they’re joining.

“People here are very hard working — and they don’t have the Silicon Valley ‘bug,’” Sharma said, referring to the tendency to jump ship when another company comes calling. “They’re committed to staying with us for the long duration.”

“It’s a great group,” she said. “There’s definitely a sense in this community, a desire to make it work.”

The southern flights conjures up the question of how the Miami area can remain affordable as demand among wealthier residents for real estate continues to tip developers toward more luxury developments.

Codina, the Doral developer, says that at this point, the flood gates are open — it is now simply a matter of adapting. He said a good place to start would be specialized workforce housing for teachers.

According to real estate consultancy Miller Samuel, the market for out-of-towners remains more active in Palm Beach and St. Petersburg than Miami, though the changes are having a region-wide impact.

But a certain type is now here that wasn’t before.

Durney, a self-described “street kid from Brooklyn,” says he was asked to open a version of his famed Hometown BBQ by developers the world over.

But he says that when he saw Allapattah, he knew he had found the right place.

“It was the only real unique situation I found,” he said. “It was eight acres of land, in an industrial area, a heavily Dominican area, that housed a Latino community, and had a train running by it — it made me feel like I was home. It’s gritty .. .you know, that’s where I’m from.”

He’s tailored the menu to accommodate people in Miami like him, and others who are spending more of their time here. Maybe they have a bit more disposable income — but they’re not paying for filet mignon. The Miami Herald called the brisket the best you’ll taste outside of Austin.

Durney will always consider New York home. But he’s officially got Miami in him — and vice-versa.

“This is not a licensing deal,” he said. “My heart and soul is in that restaurant in Allapattah.”